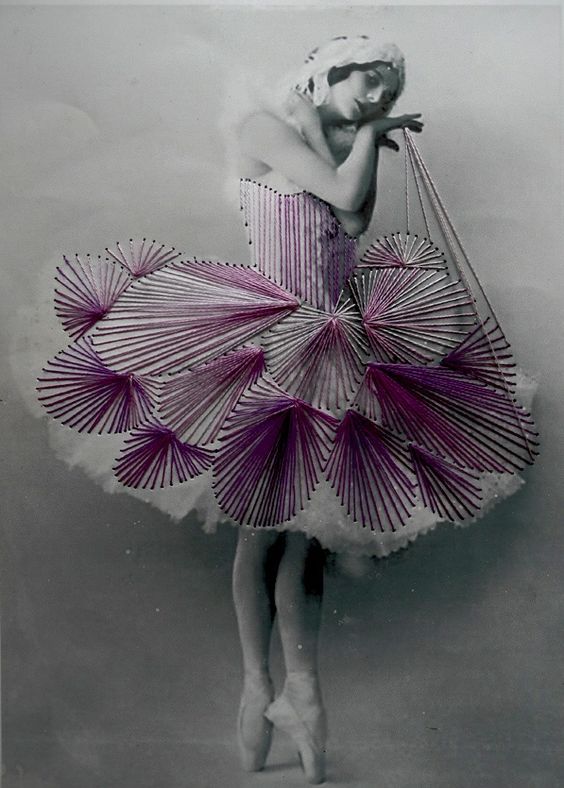 Artist Jose Romussi found a new application for string art and embroidery–applying them to vintage photographs of dancers. The results are stunning.

Jose Romussi is a Chilean artist currently based in Berlin. He uses fiber arts in new and surprising ways, changing old media into new incarnations. Check out more of his work at JoseRomussi.com. 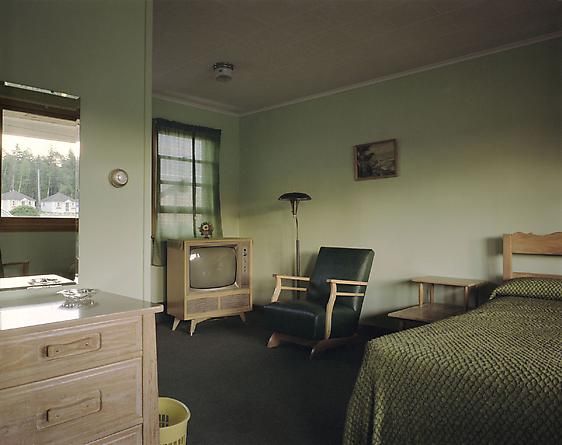 I probably shouldn’t admit that I first learned about Stephen Shore on Pinterest. I became kind of obsessed with the picture above. I feel like I’ve been in this motel room before, and yet I wish I could buy every object in this room.

Stephen Shore (b. 1947) is a NYC-born, self-taught photographer who sold his first photographs to MOMA at age 14, started hanging out at Andy Warhol’s Factory at 17, and had a solo show at the Met at 24. His color photographs from cross-country road trips in the 1970s, such as the one above, cemented his place among the most critically-acclaimed American photographers, but he has done a variety of interesting projects since then. He even has an Instagram account.

We’ve already shared some of our favorite art-focused blogs, but today seemed like a good day to share a peek at our social media list. Who doesn’t need a little more beauty in their day, in between shots of their friends’ plates, pop culture memes, and endless sponsored posts? Here are some of our favorite Instagram accounts, managed by folks who specialize in various themes of art, art history, photography, and other creative endeavors, and who never fail to inspire us. Naturally, these are by no means exhaustive lists–drop us a line if you want to share your must-see IGers! And of course, you can find the link to our account over in that nifty box on the right…

Blogs I Read about Art

Do you need to nourish your art-loving soul? Take a peek at my current Feedly “ART” category for some inspiration!

Artwork of the Day from The Metropolitan Museum of Art

So Bad So Good

The Fox Is Black

No longer in the reader, but were at one point…
Design Milk

We use cookies on our website to give you the most relevant experience by remembering your preferences and repeat visits. By clicking “Accept”, you consent to the use of ALL the cookies.
Do not sell my personal information.
Cookie SettingsAccept
Manage consent

This website uses cookies to improve your experience while you navigate through the website. Out of these, the cookies that are categorized as necessary are stored on your browser as they are essential for the working of basic functionalities of the website. We also use third-party cookies that help us analyze and understand how you use this website. These cookies will be stored in your browser only with your consent. You also have the option to opt-out of these cookies. But opting out of some of these cookies may affect your browsing experience.
Necessary Always Enabled
Necessary cookies are absolutely essential for the website to function properly. These cookies ensure basic functionalities and security features of the website, anonymously.
Functional
Functional cookies help to perform certain functionalities like sharing the content of the website on social media platforms, collect feedbacks, and other third-party features.
Performance
Performance cookies are used to understand and analyze the key performance indexes of the website which helps in delivering a better user experience for the visitors.
Analytics
Analytical cookies are used to understand how visitors interact with the website. These cookies help provide information on metrics the number of visitors, bounce rate, traffic source, etc.
Advertisement
Advertisement cookies are used to provide visitors with relevant ads and marketing campaigns. These cookies track visitors across websites and collect information to provide customized ads.
Others
Other uncategorized cookies are those that are being analyzed and have not been classified into a category as yet.
SAVE & ACCEPT
Loading Comments...